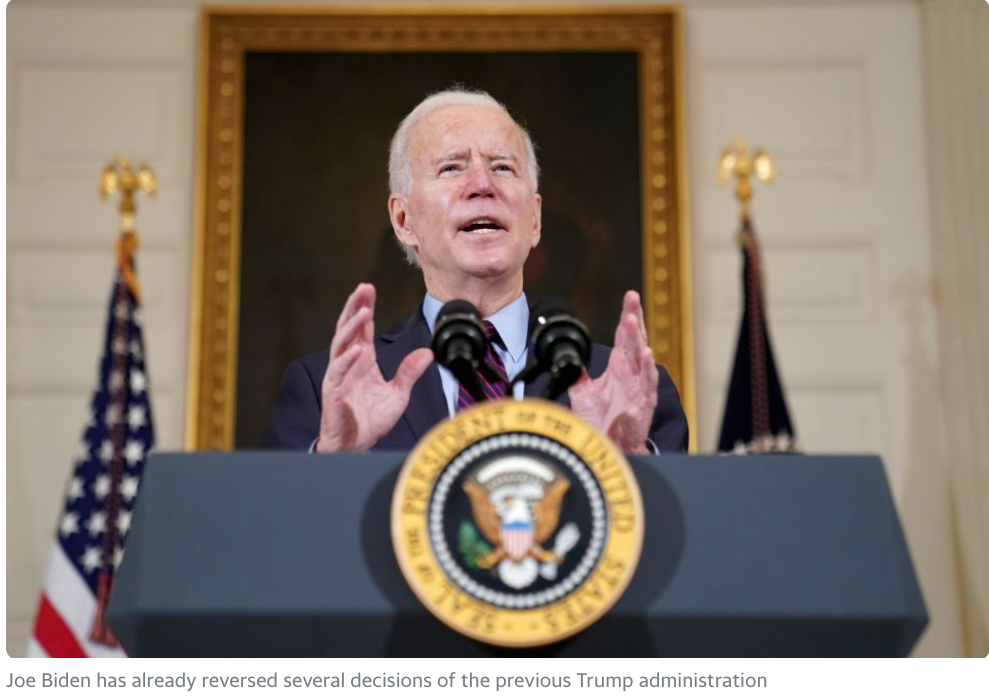 (Reuters)
President Joe Biden is set to announce that the US will rejoin the UNHuman Rights Council , which Donald Trump left in 2018, to fight “injustice and tyranny” around the world.

The decision is the latest in a series of moves taken by Mr Biden to reset US foreign policy since he assumed office last month.

Mr Biden has already announced that the US will rejoin the Paris Agreement on climate change, as well as resuming American funding for the World Health Organisation (WHO), as he pledged to restore alliances and international collaborations that took a back seat during the Trump presidency.

Biden administration officials familiar with the decision told the Associated Press that secretary of state Antony Blinken and a senior US diplomat will make the announcement later in Geneva.

The administration is looking at becoming a non-voting member this year and returning as a full member by 2022.

In 2018 Mr Trump cited a number of reasons for withdrawing from the council, including what he described as too great a focus on rights abuses in Israel.

The Republican also criticised a lack of reforms within the council, saying that it included too many countries as members who were themselves accused of systematic human rights violations.

A senior US official emphasised that the Biden administration also wanted to see reforms, but would advocate for change while “engag[ing] with it in a principled fashion”.

The official stated that the council can be “an important forum for those fighting tyranny and injustice around the world,” while adding that the US would ensure it can live up to that potential.

Jamil Dakwar, director of the American Civil Liberties Union’s human rights programme, hailed the decision. “Very encouraging news that the Biden administration decided to reengage with the UN Human Rights Council. The administration’s credibility on international human rights will be judged by how close it will match its rhetoric with concrete actions to advance human rights at home and abroad,” Mr Dakwar tweeted.

Mark Dubowitz, chief executive officer of the Foundation for Defense of Democracies (FDD), which claims to be a non-partisan institution focusing on national security and foreign policy, called it a poor decision.

“Poor decision for US to rejoin UN ‘human rights’ council, which is a front for the worst human-rights abusing dictatorships to condemn democracies. We’ll hear that US will promote reform. Nonsense. It cannot be reformed. Must be delegitimised,” tweeted Mr Dubowitz.

The U.S. Arming of Human Rights Violator Sri Lanka is Dangerous to Peace in the Island