“If anyone from the Tamil community should support or somehow facilitate the Chinese incursion, history will paint them with indelible dark black marks.”

NEW YORK, NY, USA, June 5, 2021 /EINPresswire.com/ — We, the Tamils for Biden, are urging the Tamil politicians and the Tamil journalists not to support Chinese aggression.

If anyone from the Tamil community should support or somehow facilitate the Chinese incursion, history will paint them with indelible dark black marks.

China is a very greedy nation, with selfish and rude attitude. The People’s Republic of China is known for notorious human rights violations.

The Chinese have done much damage to the Tamils, including playing a major role in the genocide of 2009. In addition,

In 2008 and 2009, China threatened to veto the UN security Council for any pro-Tamil or anti-Sri Lankan resolutions. Now once again, especially after the completion of Colombo Port City, the Chinese have told the world that they will still veto any resolution against Sri Lanka at the UN Security Council.

Worst of all, the Chinese helped the Sri Lankan army to destroy evidence of the use of chemical weapons to massacre Tamils in the northeast. This was reported by the local Tamils.

The Chinese always will support Sri Lanka’s efforts to continue the Tamil genocide. China has no moral values. Its own agenda is to destroy the other powerful nations.

The U.S. says China is committing genocide against the Uyghur people. The Uyghurs, similar to the Tamils, are a predominantly non-Chinese ethnic minority that the Chinese government views as a threat in part because some have sought autonomy.

The world suspected China was trying to destroy the world’s economy because Chinese authorities refused to provide World Health Organization investigators with raw, personalized data on early Covid-19 cases that could help them determine how and when the coronavirus first began to spread in China. Now, the Tamils are suffering from Coronavirus as China undertakes an economic invasion of the Tamil homeland.

Tamils made many mistakes in the past during colonial times. They paid too much attention to individual prosperity and became good slaves to the colonizers. In the process, they changed their religion and sacrificed important values. Tamil leaders since have failed to defend Tamils’ political sovereignty and failed to protect their people from the Sinhalese genocide.

Tamils must not repeat the same colonial-mindset with Chinese aggressors. If they do so, history will call these collaborators and passive observers the cause of destruction of the Tamils and the reason for the end of their existence in Sri Lanka. 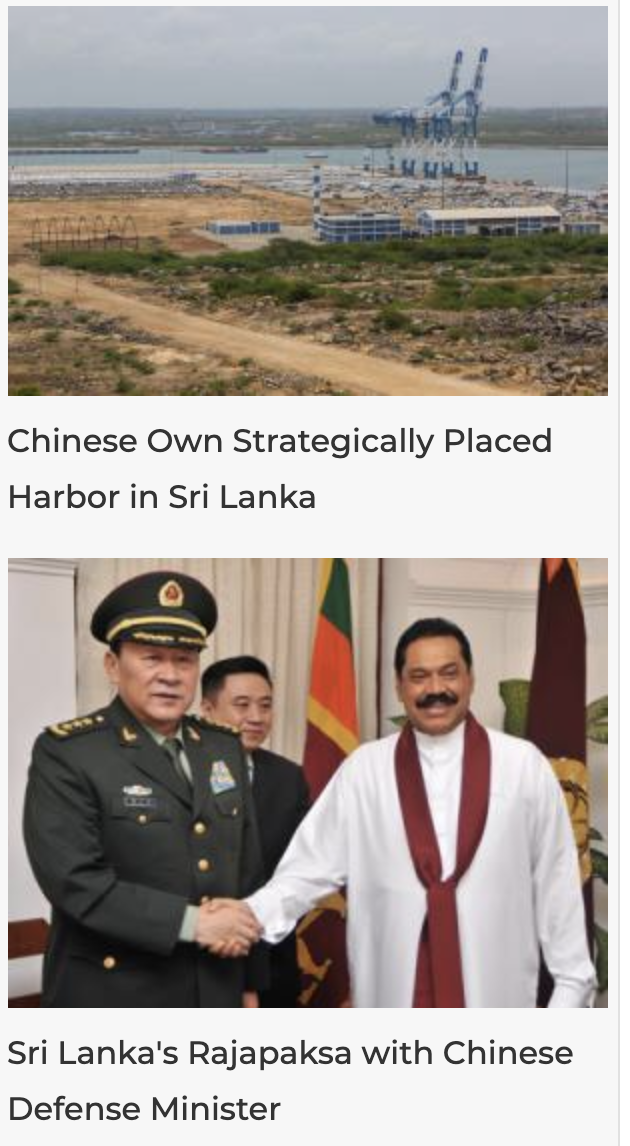