It is India’s duty to go into Sri Lanka and fix it for good. If India could do it in East Pakistan (what is now Bangladesh), it can also do so in Sri Lanka.

If India does so, the world will welcome its leadership in Southeast Asia. India is the country of Mahatma Gandhi and ancient religion of Hinduism; it has the political and moral authority to fix.”— Spokesman, Tamils for Biden 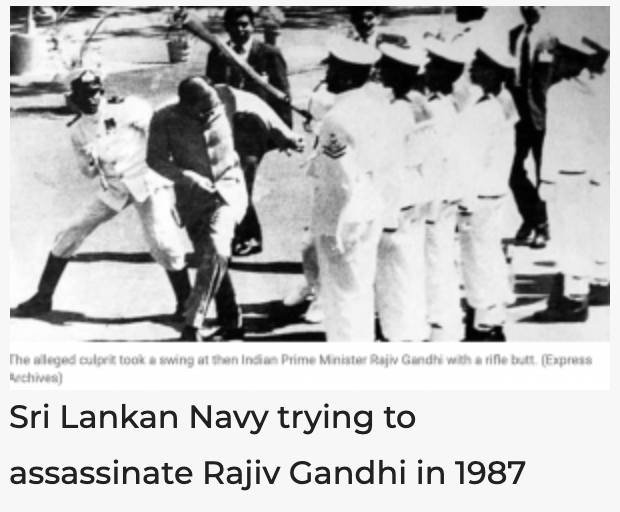 NEW YORK, NY, UNITED STATES, July 17, 2021 /EINPresswire.com/ — Firstly, India can ask China to leave the North-East, because the Indo-Lanka accord says that land power in that region of the island belongs to the Tamils. India still has this authority because India was the guarantor that was accepted by Sri Lanka and the international community. It is noteworthy that the UN is asking Sri Lanka to implement the Indo-Lanka accord. It shows that the accord is a legal document accepted by the overwhelming majority of nations in the world.

Secondly, India can threaten Sri Lanka to stop all sales or leases to China that do not have the approval of the Sri Lankan people. Selling or leasing land for 99 years will violate the people’s sovereignty without their permission.

A referendum is a democratic tool to gain public approval that is used in many countries to implement major changes like constitutional amendments and new political arrangements with ethnic groups.

The current government of Rajapaksa is corrupt and all their activities with the Chinese are corrupt, immoral, and illegal. India and the rest of the world allowed Sri Lanka to function without legal or moral legitimacy.

India still uses its military to protect and implement the Indo-Lanka act in the northeast.

In addition, India, without China’s approval, can receive permission from the UN Security Council to take military action against Sri Lanka’s violation of the Indo-Lanka accord.

After more than a year, there is no provincial council in the North-East of Sri Lanka, but the provinces are controlled by the central government. The agreements of the Indo-Lanka accord are being dismantled by the Rajapaksa government one by one. Most of the provincial council institutions are being centralized by the current regime. It is a valid reason for India to take urgent action, including military action.

If India does so, the world will welcome its leadership in Southeast Asia. India is the country of Mahatma Gandhi and the origin of the ancient religion of Hinduism; it has the political and moral authority to fix the problem in neighboring Sri Lanka.

If India could do it in East Pakistan (what is now Bangladesh), it can also do so in Sri Lanka.

Regime change is not a solution but instead only a superficial treatment for the symptom. Sri Lankan Buddhists are acting similarly to the Buddhists in Myanmar. Sri Lanka’s mythological chronicle known as the Maha Sangha preaches hate against everyone who is non-Buddhist.

In the 21st century, the Sinhalese in Sri Lanka should not rule over any other religious or racial people.

It is India’s duty to go into Sri Lanka and fix it for good. If India cannot, it should call the UN or US to bring about a solution in Sri Lanka once and truly for all.