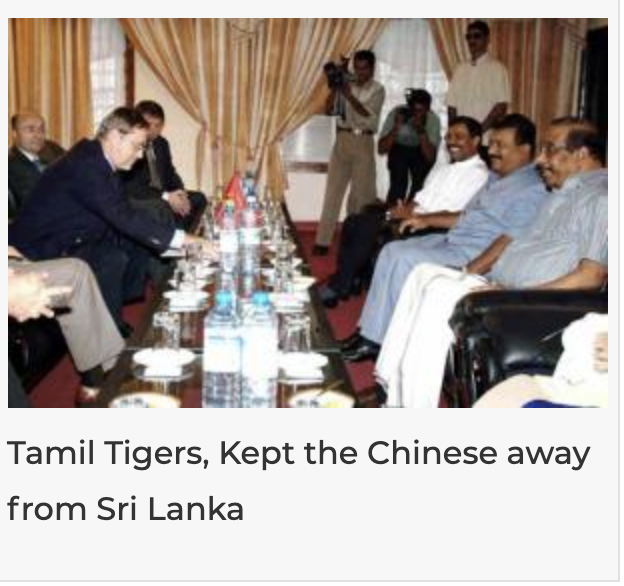 NEW YORK, NY, UNITED STATES, July 26, 2021 /EINPresswire.com/ — On the eve of US Secretary of State Anthony Blinken’s visit to New Delhi, the spokesman for Tamils for Biden urged that defending and supporting the Tamils will also protect India and US from Chinese incursion into the north-east of Sri Lanka. The spokesman further stated that by this assistance “the Mallaks sea lane in the Indian Ocean will be secured for Australia, Japan, New Zealand, India and Singapore.“ 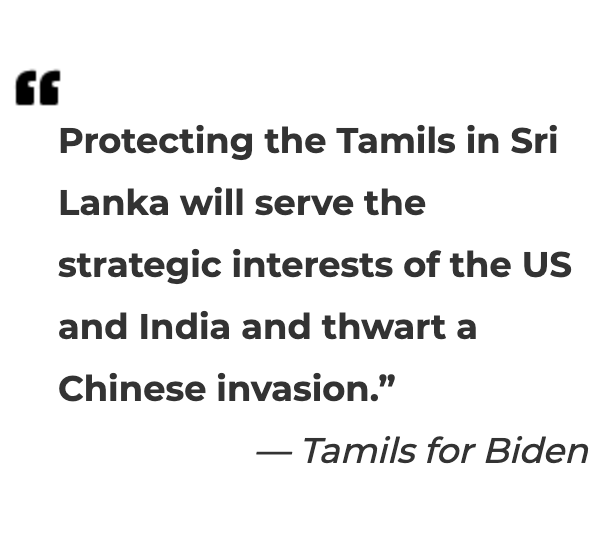 Before 2009, in the north-east of Sri Lanka the armed power of the Tamil Tigers was able to keep the Chinese invasion at bay. The Tamil Tigers’ primary purpose was to gain independence for Tamils from Sri Lanka, but when the Tamils had power in the north-east region, the Chinese were reluctant to come to the island. However, China still supplied massive amounts of arms and ammunition to the regime in Colombo and were just waiting for their time to make economic and political incursions.

Poor decisions in 2004 by Italian-born Sonia Gandhi as the Indian congress party leader led to the dramatic worsening of the situation in Sri Lanka. Many Tamil Nadu intellectuals requested Gandhi’s government to find and implement a political solution for the Tamils in Sri Lanka, but instead the green light was given by Gandhi to destroy the Tamil Tigers. She agreed to allow enemy countries like Pakistan and China to supply horrible weapons to Sri Lanka that killed 146,000 Tamils.

Sonia Gandhi told everyone, including the Sri Lanka Co-Chairs of donor countries, that a political solution would be found for the Tamils once the militant Tamil Tigers had been destroyed.

She lied to the world. After May 2009, her party remained in power for five years. She never attempted to bring about a political solution for the Tamil homeland.

During the peak of the war, Gandhi rejected the offer of help by the United States to stop the killings of the Tamils, which would have involved the use of American ships to evacuate the Tamil Tigers from No Fire Zone.

It was a serious mistake by her to reject the US offer.

Other Indian leaders like Nehru, Indra Gandhi, and Vajpayee will not make the errors in leadership as Ms. Gandhi.

It is time for Modi to request help from the American government to stop Chinese incursions into the Tamil homeland in the north-east of Sri Lanka.

Now is the time for PM Modi to converse with US Secretary of State Anthony Blinken during Blinken’s visit to New Delhi. Protecting the Tamils in Sri Lanka will serve the strategic interests of the US and India and thwart a Chinese invasion.