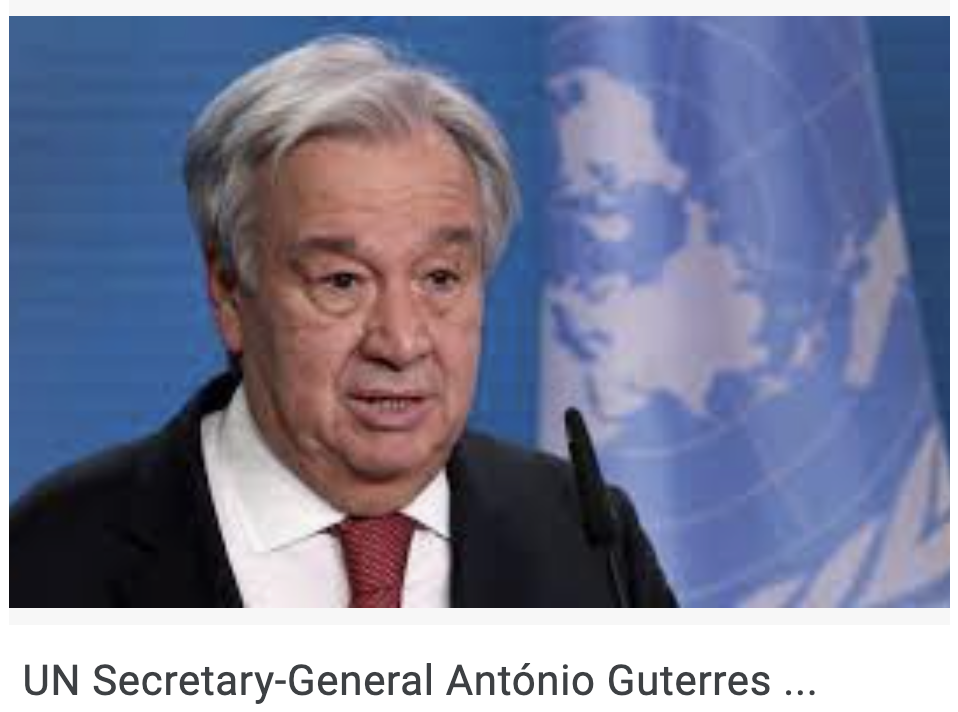 Tamils are ready to sign a treaty to declare Tamil sovereignty ; we will happily cover entire foreign debt of Sri Lanka if that is the price of freedom and peace.

“There are 2 million Tamils outside of Sri Lanka who are waiting to invest and to rebuild the Tamil Nation with democratic rule. Bridges will be built with every country, including Sri Lanka—with institutions that will protect democracy and create a sustainable and thriving economy”— Director, Tamils for Biden

NEW YORK, NEW YORK, UNITED STATES, June 29, 2022/EINPresswire.com/ — The following letter was sent to UN Secretary General António Guterres to facilitate a treaty between Tamils and Sinhalese in Sri Lanka, whereby the Tamils have offered to pay off the entire debt of the country, a total of approximately 52 billion US dollars.

Re: Tamils ready to pay the entire debt of Sri Lanka in exchange for a treaty of Tamil sovereignty

We the Tamil Diaspora are writing this letter in the hope of coordinating a treaty between the Tamils and Sinhalese in the island of Sri Lanka.

The Tamil Diaspora have recently put forward a proposal to Sri Lanka that the Tamil Diaspora are ready, willing, and able to contribute $52 billion US Dollars to allow Sri Lanka to pay off its foreign debt, if Sri Lanka agrees to restore the Tamils’ sovereignty in the north-east of the island.

In addition to solving the long-standing conflict between the Sinhalese and Tamil populations in Sri Lanka, restoring sovereignty to the Tamils will greatly reduce the regional tension between India and China and other quad countries. Regional superpowers China and India have been using the Tamils’ political struggle to take advantage of Sri Lanka, while Sri Lanka uses Indian threats to get the support of China.

Both past and current Sri Lanka governments have traded ports and land for money. Sri Lanka has been doing “Money for Land” exchanges with the Chinese. At least two important strategic places, the Hampantota port and Colombo port, have been leased for 99 years to China; Chinese control of these ports threatens the security of the sea lanes in the Indian Ocean. We do not know how much else is pending to lease or for sale in Sri Lanka. Given the current economic crisis, it could be basically everything.

Beyond these compelling economic reasons, if the United Nations can facilitate a treaty between the Tamils and Sinhalese, it will help bring an end to decades-long abuses against Tamils. These include human rights violations, such as imprisonment without trial under the Prevention of Terrorism Act; the abduction, torture, and horrific murder of Tamils by the White Van squads; and the systematic raping of Tamil women and girls by the Sri Lankan military. Tamil lands and businesses have similarly been illegally seized, accompanied by the wholesale attempt to eradicate Tamil culture. This is all part of an overall policy of ethnic cleansing and genocide by the Sinhalese Buddhist regime.

There are 2 million Tamils outside of Sri Lanka who are waiting to invest and to rebuild the Tamil Nation with democratic rule. Bridges will be built with every country, including Sri Lanka—with institutions that will protect democracy and create a sustainable and thriving economy. A sovereign Tamil nation would relieve Sri Lanka’s debt crisis and release Sri Lanka from the role of being an oppressor. The Tamil homeland will return to being the friendly neighbor that it was before European invasion. All this will help stabilize the region. An independent Tamil state would peacefully coexist with Sri Lanka, the community of nations in South Asia, and the world.

We Tamils are ready right now to sign a treaty to declare Tamil sovereignty in the island; we will happily cover the entire foreign debt of Sri Lanka if that is the price of freedom and peace.

Sri Lanka could then start to reimagine their country with pro-growth leaders instead of corrupt, racist, and religiously intolerant ones.

We hope that you as a responsible international leader will facilitate this treaty through diplomatic discussion with not just Sri Lanka but other powerful countries. A sovereign Tamil homeland could then move forward with the blessing of the whole world.

Your action will not just restore economic health to the island but bring order and a lasting peace.